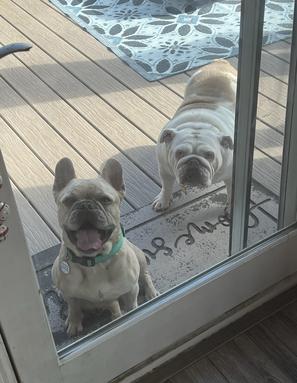 Vinny came into the SNAFU Rescue via a private party.  His previous owners wanted him to be placed in a calm, loving home and spend the rest of his years being a spoiled pet.

Vinny lives a perfect double life; in such a GREAT way!  He can be extremely active, overly social, adorably curious and the next minute he flips a switch and he is a relaxed, calm, at times lazy frenchie boy who loves just hanging out and being around his people.  At times, he can get overwhelmed in chaotic situations and requires some space when he is feeling uncomfortable.  Vinny communicates his temperament very well and will tell you exactly what he needs; he really is a smart boy!  He can get very anxious when put in new situations, environments and when he is around new people; his response is often to bark or pace for a bit.  After a few minutes the excitement subsides and he is calm and just wants to jump into a warm lap and snuggle.  He is moderately active as he loves to play fetch (he actually retrieves the toy!).  But also is happy to lay on his human's lap to catch up on his favorite TV Series.  He is a true velcro frenchie that wants to be able to see you, hear you and be near you as he finds comfort being surrounded by his people.  Vinny enjoys to snuggle, cuddle and his absolute favorite...nap time!   When nap time is over, you can find Vinny romping around with his toys trying to engage his Bulldog foster sister in some play… to no avail.  After being rejected (the nerve!) he will decide to relax and perhaps grab a sunny patch on the floor and watch his foster mom work around the house.  Vinny does enjoy his time outdoors. He is a curious boy that keeps his nose to the ground sniffing all the new smells autumn has to offer.  Vinny gets along great with all of his dog furry friends (big or small; boy or girl) and gets overly excited when he knows it is play time!  He likes to jump and bark with excitement and will need re-direction if that behavior is unwanted in his adoptive home.  Vinny is still getting acclimated in his foster home and is experiencing a big change so he will be in need of a patient and understanding family that will calmly guide him to know what is expected of him in his adoptive home.  He has been around children of many ages and because of his overall anxious personality and his tendency to bark excessively, we feel he would do best with gentle, respectful, dog savvy children over the age of 12 years old or in a home without (loud) children. Because he does favor the company of his furry friends we do think Vinny would like a balanced to passive doggy friend around his age to hang out with.  He should be supervised when he is around children to make sure both he and they are kept safe.   As with all of our dogs, slow introductions to other dogs in the household is a must and we feel he would be happy to have another dog in his adoptive home.

Vinny is 100% fully potty trained without any accidents (except on cold days)!  Vinny is NOT a fan of cold weather and true to his stubborn Bulldog ways he will occasionally have an accident in protest.  His foster family reports he doesn't appreciate his crate and is instead trusted in a safe dog approved area.   A similar arrangement should be kept for him until he is trusted in the home to keep him safe.  Since Vinny is such a great cuddler we know he would love to share a bed with his adoptive family!

Medically, Vinny seems to be in good health. He has been neutered, updated on vaccinations/dewormings, heartworm tested, microchipped and has been given the okay to adopt by our veterinarian. Vinny does suffer from seasonal allergies (like most frenchies) and would greatly benefit from a daily allergy pill (Benadryl or Zyrtec) as well as a cytopoint shot during high allergy months.  As mentioned, Vinny does have some anxiety and does take Prozac daily to help take the edge off. In addition, Vinny has arthritis and is offered a daily high quality joint supplement that he will need to remain on in perpetuity.

Vinny would do great in a home with a fenced in yard as he has a tendency to bark at strange noises and intend to find them so for his ongoing safety a fenced years is required.  He is NOT a quiet pup and therefore a shared walled unit would not be favorable.  Vinny would be very happy and do best with a calm, relaxed adult family that spends time at home as he really craves to be around his people at all times. Vinny would also love a family that would allow him to travel with them.  He is an amazing co-pilot!  Given his overall anxious nature, we think he'd love to go work with his new family (in due time) if they wanted to take him with them to their office IF the office atmosphere was quiet and low key.  Vinny would really love a family that had a part time or full time stay at home or work from home parent as he really attaches himself to his people!  Having a fur buddy to keep him company would make him VERY happy.  He is looking for a home with little chaos and a family/person that would make them the center of their world!  Vinny deserves to be spoiled with unlimited games of fetch walks and unconditional love!  He truly would make a great family addition for anyone that understands his little quirks.  This obedient and athletic boy would make a loyal companion.

If you feel like your family might be the perfect forever home for Vinny, please submit an adoption application for him today!​ 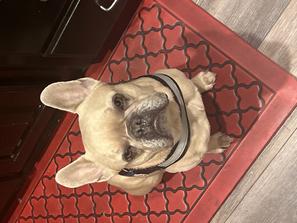 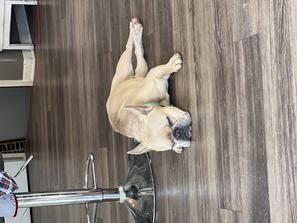 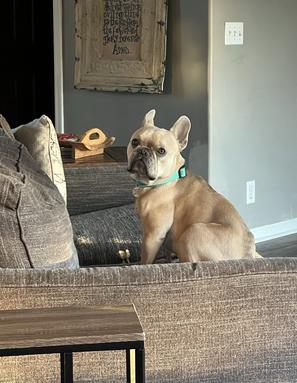 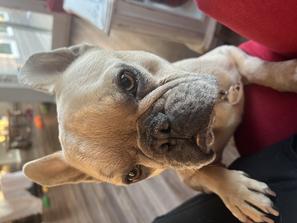 NOTE: Please note that it will likely be at *least* a 3-4 week minimum before you hear back from us after submitting an adoption application.  We typically accept for new applications for a period of 7 days or until 20 applications have been received for any newly available dog.  After that time period, the applications are sent on to the foster family for review and that usually takes from at *least* a few days to a week to sort through the applications, etc.  Most of our dogs receive several applications so this process does take some time, especially on dogs who are more popular.  We do require phone interviews to be conducted between the foster family and potential adopters, vet reference checks and a home visit to be conducted for all potential adopters, if they are selected as the top choice applicant, which will also take time to complete.   That being said, we do always let our applicants know if they are chosen or not.

IF you happen to not be chosen, please don't feel discouraged as, again, we usually get several applications for each dog, and sometimes it can be very difficult to choose just one adopter.  In those cases, we usually offer to keep the applications for adoption on file for any future dogs that come into our rescue. 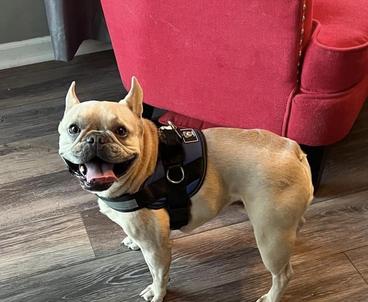