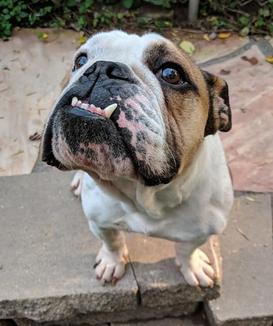 NOTE: Please note that it may be at LEAST a 3-4 week *minimum* before you hear back from us after submitting an adoption application. We typically give a week for a "grace period" for new applications to come in on any newly available dog in order to give everyone a fair chance to submit an application.  After that time period, the applications are sent on to the foster family for review and that usually takes from at *least* a few days to a week to sort through the applications, etc.  :-)  Most of our dogs receive several applications so this process does take some time, especially on dogs who are more popular for one reason or another.  We do require phone interviews to be conducted between the foster family and potential adopters, vet reference checks and a home visit to be conducted for all potential adopters, if they are selected as the top choice applicant, which will also take time to complete.   That being said, we do always let our applicants know if they are chosen or not. :-) 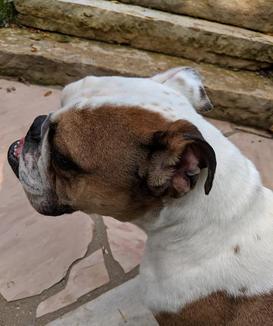 ​​Chance came into SNAFU Rescue after being surrendered to Puppy Mill Free Nebraska by his breeder.

Big personality in a little package. Chance is a beautiful, healthy and classic example of an English Bulldog.  He has a big personality and LOVES everyone he comes in contact with!!  This loving boy would be perfect in most homes (kids 8 yrs and older) - and he’s only 39 lbs, which is small for an English bulldog. He is beautifully colored and quite energetic for a 4-year old, he also wants to be his people’s best friend (you could name him Shadow) and will follow you wherever you go.  His favorite past times are snuggles with his people, food, napping with his people, food, more snuggles with his people, food, chewing on real bones, food, and enjoying the beautiful weather in his backyard, especially with his people and/or his foster brothers.  He loves to meet new people and animals, cats included. As with all of our dogs, we always recommend slow introductions when introducing a new dog to the household.  Chance is currently living with two cats and two brother dogs, a 3-year old French Bulldog and a 4-month old German Shepherd.  He wrestles with his brothers for as long as they will put up with him.  He minds very well, comes when he’s called and even knows how to “sit”.  He’s very alert and has a deep voice so he’d been an excellent watchdog as well – even if he all he does is trip the intruder.
​
Chance is crate trained and housebroken for the most part, however, as a male who has been used a breeding dog for four years, he tends to mark his territory, so his foster family have been using belly bands.  We’re hoping with stabilization in a new home, and since he’s been recently neutered, that behavior will cure itself.  He’s good about heading to the door when he has go potty, so if you keep an eye on him, he’ll give you the signals.   As with all dogs, a regular and consistent schedule will help with his continued potty training in his new home.  For his safety, we recommend that he keep a similar crating schedule when his humans are away from the home and/or he is left unsupervised so he is safe and secure while no one is home.  He is curious and is still learning what is expected of him inside the home.  Once he gets used to his schedule and knows what to expect, he doesn’t mind his crate at all and will walk himself in.

Medically, Chance seems to be in great health!  He has been recently neutered, updated on vaccinations, dewormings and has been given a clean bill of health by our veterinarian!

Chance would do well in almost any type of home but since he is still working on potty training, a house with a fenced yard would be preferred for him, however, with daily walks he could also be an excellent multiple floor apartment pet.  He goes up and down stairs like he was born to. He is an AMAZING companion dog and loves to snuggle or lay down next to you. He prefers to sleep on his back, which is hilarious.  We also think he’d LOVE going to work with his new family if it was an easy going work environment.  If his people are not able to take him to work with them, no problem - he's completely happy sleeping the day away in his kennel with a nylabone to chew on as long as his people can arrange a mid-day potty break!

Chance is a rescue dog dream come true, anybody would be lucky to have him.  If you feel like your family might be the perfect forever home for Chance, please submit an adoption application for him today!! 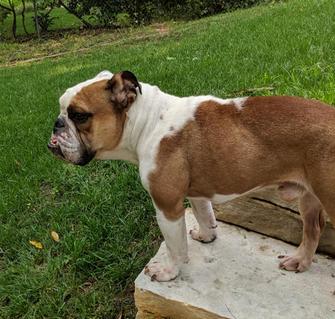 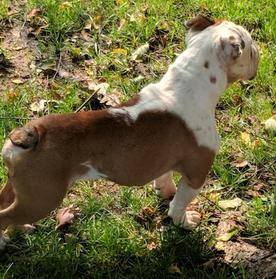 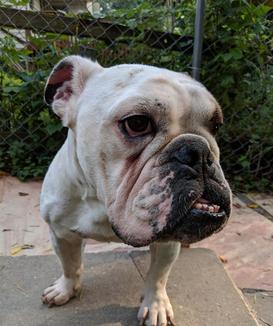